Operating a Processing and Manufacturing Facility

Polystyrene – A Useful Plastic for Manufacturers

Along with other sorts of plastic - such as polypropylene, nylon and polythene - polystyrene is suitable for a number of injection moulding techniques. This means that it can be formed into nearly every type of shape that you could imagine. As such, it is an extremely versatile plastic which can be made for a wide range of products. Manufacturers use it for all manner of components as well as finished products. What properties does polystyrene possess which make it so useful?

As a polymer that is made from a single constituent part – in this case, styrene – polystyrene is able to be formed into long chains of molecules. As well as meaning that it is suitable for injection moulding, the way in which the plastic is formed is also good for extrusions and vacuum forming. Although the polymerisation process for polystyrene has been known about since the 1830s, it was not until 1954 that it was first formed into the now common expanding foam, known as EPS.

Most people come across polystyrene in the form of packaging. Used to make surrounds for electronic equipment, for example, it is injection moulded polystyrene that protects so many computers, televisions and stereo equipment when in transit. EPS is the principal material used in the injection techniques which form packaging of this type. When it comes into contact with an external force, the material crushes down a little, thereby simultaneously protecting the contents in a sacrificial way as well as displacing the force of the blow. It is for this reason that the material is also used in many child car seats, helping to keep the occupant safe in the event of an accident.

A number of sound dampening products are made from polystyrene. These tend to be fitted in the form of large sheets between floors in apartment blocks or in the party walls of semi-detached homes. You will also often find the material used in the automotive industry to dampen noise from the road or the engine. 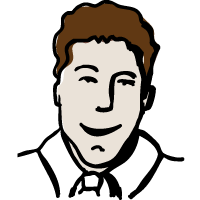 Hello, my name is Freddie. While I do not actually work in the processing or manufacturing sector, I do have a lot of knowledge about it. I gained this knowledge during one long summer when I helped my cousin who owns a processing and manufacturing facility located in Sydney, Australia. On my first day, I really didn't have a clue what he produced or how the facility worked. However, as the weeks passed and I got to know everyone in the different departments, my understanding grew. I decided to start this blog so I could share my knowledge with others.